The Derek Williams Trust has recently acquired two extraordinary pieces by major Danish ceramicist, Gertrud Vasegaard.  The earlier piece, Bottle with stopper (pictured on right) from the 1940s, is an unusual form, and an interesting example of the earliest phase of Vasegaard’s career. The later piece, Conical white and grey bowl with blue strokes produced in the 1970s is individual in design and more akin to the modernist aesthetic of her designs for industrial production.

Gertrud Vasegaard was born in Rønne on the Danish island of Bornholm in 1913.  Brought up in a family of potters and trained at the School of Arts and Crafts in Copenhagen (1930-32), from 1934 she was the first producer of studio ceramics in Denmark. From 1945 to 1959 she was engaged by the Bing and Grøndahl factory, before working as a freelance for Royal Copenhagen 1959-1975. In the 1960s she joined the March Exhibition, a small group of abstract and semi-abstract artists. Vasegaard is important not only as the most distinguished potter of her generation but also as a prominent representative of a Danish tradition in studio ceramics. 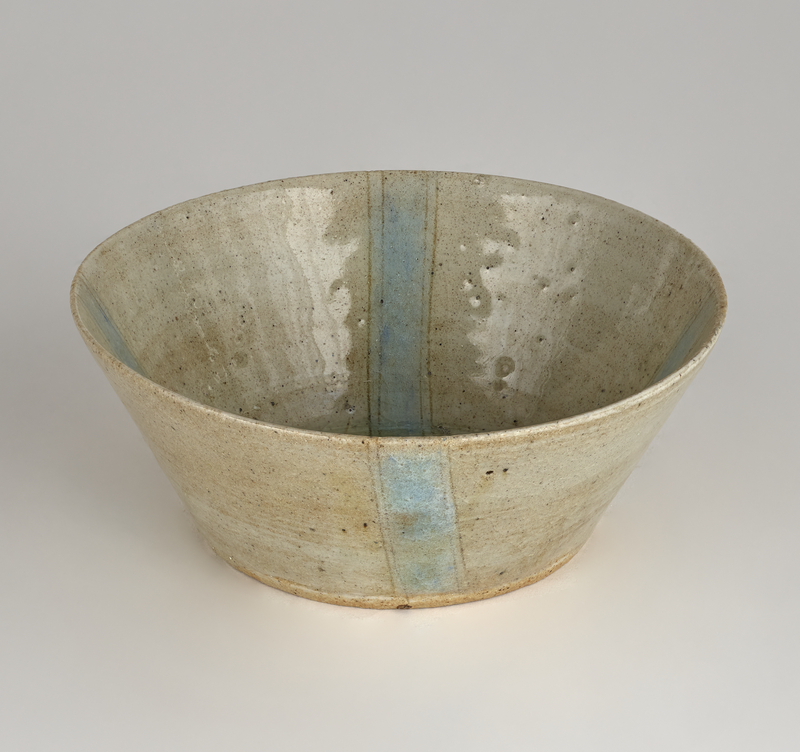 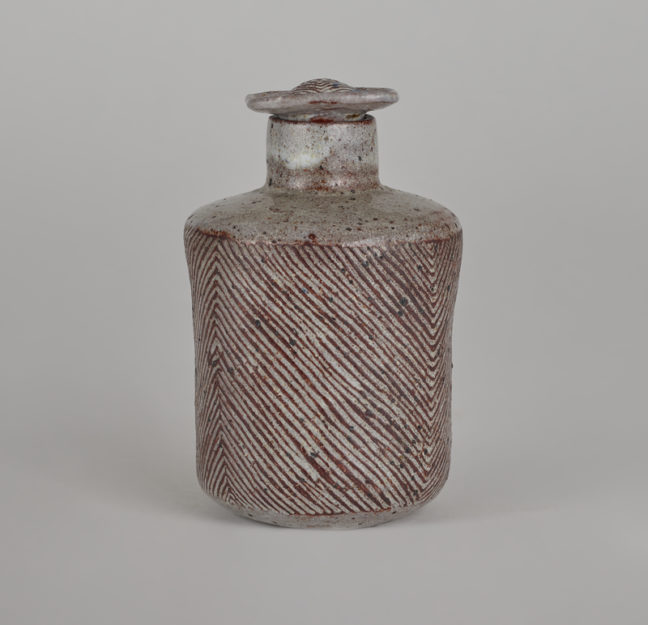