The Derek Williams Trust is pleased to announce the recent acquisition of a work by leading British artist, Tess Jaray.  The work is titled Victory of Eraclio 2 and is on long-term loan to Amgueddfa Cymru – National Museum Wales.

The development of Jaray’s distinctive abstract technique derives from the influence of travels in Italy as a young painter where she immersed herself in the art and architecture of the Renaissance.  She was inspired by the geometry of interior architecture, in particular ceilings, seeing how simple lines interacted to transform space.  Although Jaray’s work may appear nonrepresentational, it is informed by lived experiences of the visual world – what Jaray terms ‘geometry of human relationships’.  The work of one Italian Renaissance painter in particular, Piero della Francesca, continues to inspire Jaray’s work.  Victory of Eraclio 2 is an almost direct abstraction of Piero della Francesca’s Battle of Heraclius and Choroes, from The Legend of the True Cross c.1454-58 in the chapel of San Francesco, Arezzo, Piero’s only major fresco cycle. 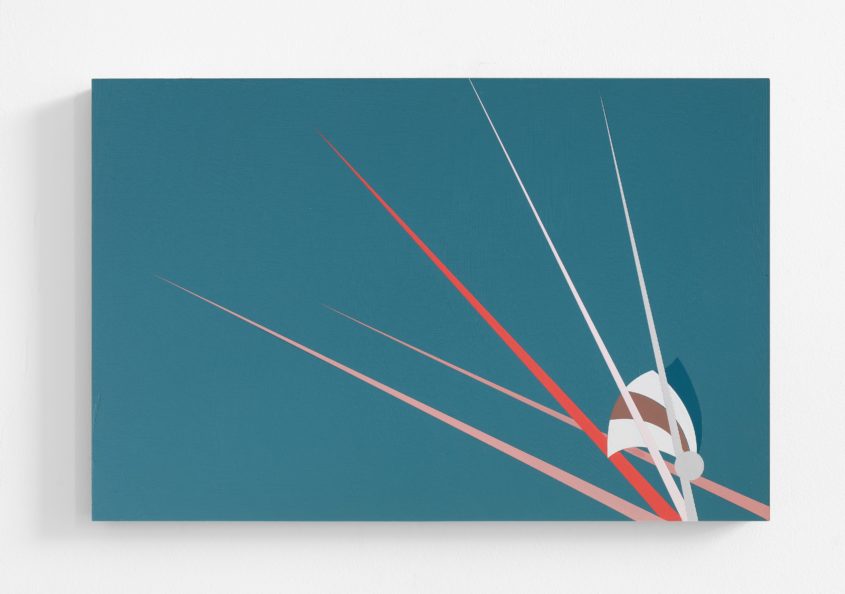